GTIM ( Global Tech Institute of Management) Neither Authorise Or Permit Any Franchise/ Branch & Partnership to Operate outside of the Place.

If someone claim such as things kindly inform us for the further action.

How is Artificial Intelligence revolutionising the World 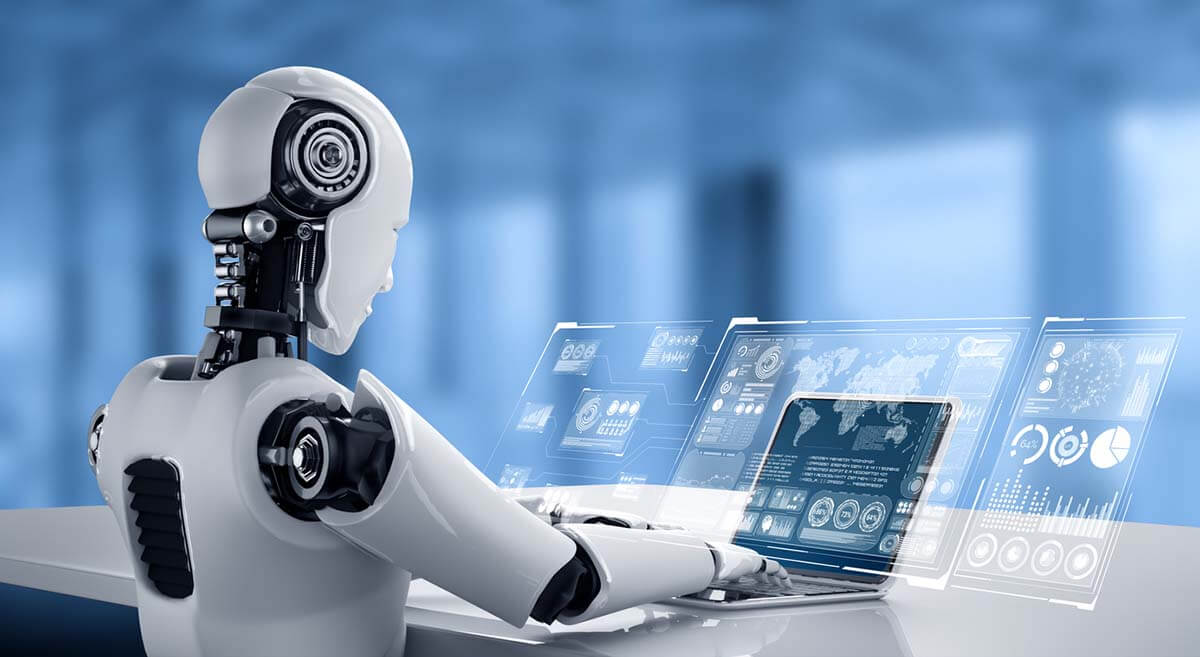 Technology has advanced rapidly in front of our eyes over the past several decades, and artificial intelligence is one of the things that has everyone either fascinated or perhaps a little afraid. For those who don’t know, one of the numerous subfields of computer science is artificial intelligence. In other words, it is a simulation of human intelligence, and these machines are trained to think and act like people. It is used to create intelligent computers capable of carrying out activities that would ordinarily need human intellect. Some characteristics that a “AI” might have include the ability to recognise speech, make decisions, and see the world. The primary objective of artificial intelligence has always been for these computers to be capable of learning, thinking, and perceiving like humans without the assistance of humans.

AI is being employed more frequently than one might imagine in a variety of global businesses, including banking and health care. It’s reasonable to claim that one may interact with artificial intelligence on a daily basis thanks to intelligent assistants like Alexa and Siri, self-driving cars, interactive bots, email spam filters, and even via Netflix suggestions. Without a doubt, we use technologies that are driven by artificial intelligence or machine learning in practically every corporate sector.

Thus, AI has fundamentally changed how we used to go about doing things in the world, including how we organise our work, run our businesses, and make decisions in our daily lives. Artificial intelligence is already pervasive in our digital life, from smart phones to chatbots. Just maybe you’re not aware of it yet. Because of the enormous amounts of information that computers can compile about our regular lives, including our likes, purchases, and activities, AI is gaining speed. And experts in the field of artificial intelligence research utilise all that data to educate algorithms to learn from experience and estimate our preferences.

Thanks to AI assistants , it will enable elderly to live independently and longer in their own homes. AI technologies will maintain a supply of wholesome food, safely access items on high shelves, and keep an eye on activity in a resident’s house. The equipment might aid with bathing and personal hygiene as well as maintaining clean windows and grounds. AI-based technologies are ideal for many other repetitive and physically demanding occupations. However, in hazardous industries like mining, firefighting, mine clearance, and handling radioactive materials, AI-assisted labour may be even more crucial and helpful.

In the not too distant future, self-driving automobiles may be the area where AI makes the most difference. AI drivers never apply mascara, gaze down at the radio, or argue with their children in the backseat. Autonomous vehicles are now a reality thanks to Google and Elon Musk, but by 2030, they’ll be everywhere. In European cities, self driving trains already control the rails, and Boeing is developing an autonomous aircraft (pilots are still required to put info into the system). Another important aspect of the internet is the cyber security breeching. In 2015, there were around 707 million cybersecurity breaches, and just in the first half of 2016, there were 554 million. To keep ahead of hackers, businesses are fighting a losing battle. The self-learning and automated skills made possible by AI, according to USC experts, can secure data more effectively and inexpensively, keeping individuals safer from terrorism or even smaller-scale identity theft. Artificial intelligence (AI)-based solutions scan for patterns linked to harmful computer viruses and programmes before they can steal vast quantities of data or inflict damage.

The best part of artificial intelligence would be treating patients better When medication could be made just for you, why settle for treatment that works for most people? Doctors and hospitals will be able to better evaluate data and match each patient’s health treatment to their genes, surroundings, and lifestyle thanks to AI algorithms. AI will be the driving force behind the revolution in customised medicine, from identifying brain tumours to determining which cancer therapy would work best for a particular patient.

And lastly, The entertainment sector will grow rapidly. In the future, you may purchase a personalised movie while lounging on the sofa and selecting the virtual actors of your preference. Film studios may avoid failures in the future, however: The narrative of a movie script will be analysed by sophisticated prediction computers, and its box office potential will be predicted.

Final thought
Every aspect of our lives is already being changed by artificial intelligence (AI). The use of AI in several fields has increased significantly. They deal with issues with the expansions and offer consent to using artificial intelligence to its fullest taking important human values into consideration. We are on the verge of an AI revolution that will fundamentally alter how we live. The aforementioned instances, which are still in their infancy, highlight the promise that technology has to offer as time goes on. We can only wait to see what the upcoming decade has to offer in terms of technology, which is expected to be quite fascinating